Sustainability is all the rage, but some family offices are backing a bull market in fossil fuels and winning

For years, the woke generation has questioned the wisdom of families seeking to invest in fossil fuels in defiance of attempts to ease the climate crisis.

But today’s energy crisis, triggered by a tripling in the price of gas, has led to a reappraisal. A rise in the price of oil from $56 to $90 a barrel in a year has reinforced the sector following Russian manoeuvres near Ukraine.

There is no shortage of Russian oligarchs and US family offices involved in the oil and gas business, although some of them have been rebuilding their involvement in the sector on the back of price rises. Oil major Shell has announced a swing from a net loss of $21.7 billion in 2020 to a net profit of $20.1 billion in 2021 – one of the biggest swings ever seen in the sector.

Western democracies are “hell bent” on achieving zero carbon exposure during a period of robust growth: “The result can only be a new bull market in fossil fuels and structural inflation in the wider economy.”

Fracking billionaires Dan and Farris Wilks have benefited from the recent trend through their oil and fracking business, which owns 700,000 acres of land. Their investment offices include THRC Holdings and Wilks Brothers. They sold Frac Tech, an early fracking business, for $3.5 billion, but they have bought stakes in other oil servicing businesses and tried to buy Calfrac Well Services of Canada, which resorted to court action to see them off.

John Goff used to advise the Bass family, which sold much of its oil business to Exxon for $6 billion in 2017. Goff has just merged his oil business with KKR’s Independence Energy to create Crescent Energy, which he chairs. Crescent intends to use its muscle to expand in oil and fracking while Goff Capital, his family office, pursues other opportunities.

Contrarian UK investor Barry Norris of Argonaut Capital points out capital investment in oil and gas has slumped from $330 billion in 2013 to the current $140 billion following cutbacks by the oil majors. “Unsurprisingly, the amount of new oil and gas discovered has plummeted from an equivalent of 30 million barrels in 2012 to just 5 million in 2021.” This has contributed to a big supply squeeze.

Meanwhile, he adds, western democracies are “hell bent” on achieving zero carbon exposure during a period of robust growth: “The result can only be a new bull market in fossil fuels and structural inflation in the wider economy.”

Oxford University academic Dieter Helm says: “Energy efficiency has not turned out to be the easy win that its advocates told us it would be.” Fierce bidding for gas in transit on container ships coincides with fears that Russia will cut off gas supplies to Europe.

Wind and solar energy generation can work well but energy production is intermittent and requires ways to store energy. Alex O’Cinneide is founder of Gore Street Capital which runs its listed Energy Storage Fund whose batteries soak up power reserves during slack periods with a view to releasing it when supply tightens. Its backers include hedge fund manager Paul Tudor Jones, multi-family office Gyre Investments and the Lindsay-Fynn family of Ireland, Gore Street’s early backer.  But much more storage is needed.

Other family business dynasties, including the UK-based Bamford family,  are backing hydrogen as a constant source of fuel. O’Cinneide agrees hydrogen can address the climate crisis. But he does not believe it will ease the energy crisis, given high production costs and current limits to production. Nuclear solutions are way off and heavily reliant on subsidies, as is the case with wind and solar.

Helm believes the UK is in a worse position than most countries, due to its reliance on gas and intermittent wind energy. Norris does not remotely believe the British will tolerate paying subsidies for alternative energy as their gas bills and food inflation goes through the roof.

He has been shorting green and alternative energy stocks, including Tesla, saying their prospects are overrated: “The fund management industry jumped on the ESG gravy train without analysis of the probable economic consequences. “The widespread view that starving the world of fossil fuels is ethical will – in the absence of cheap and reliable alternatives – lead to lower economic growth, de-industrialisation, cold and hunger among the world’s poor.”

Wokism has a point on the climate crisis, but it is not as smart as its proponents think. 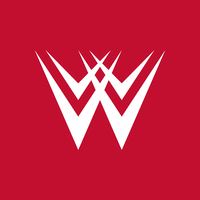 In March, three economists from the University of California published research into 12 big pandemics over the centuries and decided coronavirus could lead to a bleak future
Michael Foster
Investment

Emerging markets barely rated a mention in the Family Office Association’s January asset allocation survey. And you can see why.
Michael Foster

“The last decade has been a supercycle for private banks and asset managers, but the bull market is c…
Michael Foster
People

More than two years after Covid lockdown, most family offices are used to dispersed, or hybrid, working
Michael Foster
Investment

Analytics users, all links will be updated within 24 hours Post-IPO Funding
Chipo Muwowo