Zug, Switzerland-based Cofra Holdings, through its various investment vehicles, is one of the most active family-owned investment groups anywhere. Up until now, it’s been building its investment portfolio very quietly. That might be about to change very soon.

Cofra is owned by the Brenninkmeijer family, a German-Dutch dynasty, which made its fortune in textiles and clothing, and is associated with the family’s ownership of the big retail fashion chain, C&A. The family business can trace its history back many centuries, although C&A began in the 19th century.

Bregal Unternehmerkapital, based in Munich, is carving out a very nice niche for itself as one of Germany’s most successful boutique private equity businesses

There are two sides of the family – the Dutch side, who spell their name Brenninkmeijer, and the German, who spell their name Brenninkmeyer. Despite this, it’s rumoured all the family have Dutch passports, and many members of the dynasty live across Europe and the US. The fifth and sixth generations currently own Cofra, although the ownership structure is very complicated – more on that later.

Although every one of these companies is building successful private equity/venture capital businesses, it is perhaps Bregal Unternehmerkapital, Bregal Partners, and Bregal Sagemount that are the most interesting in terms of their size and the deals they are doing.

Over the other side of the Atlantic, New York City-based Bregal Partners and Bregal Sagemount were set up in 2012, and have since done a fair few buyouts of mid-sized businesses across North America. Their funds are typically oversubscribed to and performance, say those who’ve invested, has been excellent.

Bregal Investments has two co-CEOs, Quentin Van Doosselaere, a former investment banker, and Steven Black, who was part of an inner circle of top managers at JP Morgan for many years before joining Bregal in 2012.

Altogether, all the investment businesses sitting under Bregal Investments umbrella are believed to have invested more than €13 billion. Add on the real estate investments, which are said to be worth €7 billion-plus; then the Brenninkmeijer-linked investment empire is worth north of €20 billion. Of course, the family don’t own all of this – there are many limited partners behind the funds. Nevertheless, it’s a substantial private equity empire.

And that empire might be about to become very much bigger if rumours about the sale of C&A happen. These have been around since the beginning of last year when the German publication Der Spiegel picked up on a potential buyer from China of the sprawling fashion retailer. Der Spiegel then carried a detailed interview with a member of the family, Alexander Brenninkmeijer.

The interview was unique on many levels – the Brenninkmeijers rarely give interviews, Alexander didn’t deny C&A might be up for sale, and he gave an insightful account of the ownership structure of the privately controlled C&A. This last point revealed C&A is controlled by, what Alexander called the “Sneek Ring”, named after the Dutch city where C&A began life.

The Sneek Ring, said Alexander, is a group of decision-makers which includes 60 partners who control the business interests of C&A. “Our company holdings cannot be inherited – they must be transferred back to the company when we reach old age or if we die prematurely,” said Alexander in the interview.

How this translates in terms of the family’s windfall if C&A is sold remains to be seen. But inevitably the various parts of Bregal Investments empire might be in for a substantial surge of funds themselves if indeed C&A is sold.

That would electrify an already highly successful investment business. 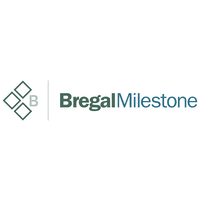 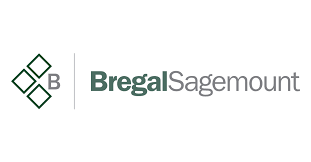 A 100-year-old family business, private equity and back to family ownership

UK startups boom, but funding comes from outside institutions and family offices

Not for the first time, an exciting tech-driven venture based in the UK is turning to US corporations and family offices to achieve scale
Michael Foster
Investment

The tech-driven prediction market is growing rapidly – thanks to billionaires

Henry Kravis, Justin Mateen and Anupam Mittal are among the wealthy investors who see a bright outcome for companies rewarding their clients for predicting the future
Michael Foster
Investment

Private Equity KCK has invested in Aerin Medical, a biotech group. KCK was one of four investors committing $60 million to the Californian-based group
Family Capital
Investment

With untrustworthy indices and oil at record highs, ESG investing has never looked so questionable

The tech-driven prediction market is growing rapidly – thanks to billionaires

Henry Kravis, Justin Mateen and Anupam Mittal are among the wealthy investors who see a bright outcome…
Michael Foster
Investment