The Cohen family investment dynasty: “We’re not a family business. We’re a family that’s in business together”

Few can match the Cohen family for their ability to process successful SPAC deals, newly-illustrated through a $10.4 billion merger with trading platform eToro.

The SPAC deal represents the family’s fourth in three months, out of more than a dozen, building on their experience in finance, energy and real estate deals over thirty years.

The Cohens, who originate from Philadelphia, comprise Betsy, husband Edward Cohen and their two sons Daniel and Jonathan.

Betsy and Daniel work together on fintech and insurtech, while Edward and Jonathan keep busy elsewhere.

Betsy’s first step on the financial road involved the creation of Jefferson Bank in 1974, sold to Hudson United Bancorp in 1999 for $340 million.

In 1999, Betsy and Daniel Cohen created The Bancorp, a fintech pioneer which provides technology and banking solutions to non-bank clients like Franklin Templeton, Mastercard and PayPal. It creates $20 billion card transactions a month and currently looks set to get a boost from US government stimulus.

In 2014, Betsy retired as chief executive of Bancorp, to become an adviser. Daniel stayed on as chairman.

Cohen & Company had developed experience in underwriting SPACs and Betsy Cohen developed SPAC deals of her own under the FTAC umbrella with Daniel and cousin Jan Rock Zubrow.

During Betsy Cohen’s years in finance, her husband Edward was developing a parallel career at Atlas Energy, backed by the family in the 1990s. The Cohens ended up with a massive stake in Appalachian shale long before most Americans had even heard of fracking.

In 2011, Edward Cohen sold part of Atlas to Chevron for $4.3 billion. In 2014, he sold most of the rest to Targa Natural Resources for $7.7 billion. Smaller deals, and a restructuring, followed.

At which point, Edward and Jonathan jumped on board the SPAC bandwagon to start a merger vehicle called Osprey Energy Acquisition, at one remove from Betsy’s FTAC.

Its search for a deal ended in 2018 when it merged with Royal Resources from Blackstone to turn itself into an oil and gas minerals specialist with an initial value of $894 million. Dan Herz, a long-standing lieutenant, is CEO.

Their next SPAC, Osprey Technology Acquisition, secured a listing in 2019 and agreed to buy BlackSky Holdings in February 2021 for a prospective value of $1.5 billion.

BlackSky uses its technology to monitor events on earth from a network of satellites for governments and the private sector.  The deal’s backers include Tiger Global, Peter Thiel’s Mithril Capital, and Charmath Palihapitiya’s Socia Capital.

Along the way, Jonathan Cohen sold his asset manager Resource America to real estate services company C-III Capital Partners at a 51% premium to its prior closing price.  A third SPAC has just been listed by Edward and Jonathan using advice from a family investment business, Hepco Capital Management.

An early Betsy and Daniel Cohen SPAC deal finally completed in 2016, was worth $750 million, involving a merger with payments processor CardConnect.

Another involved the purchase of money transfer service Intermex, bought for $260 million in 2018.

Their next deal, agreed in August 2020, was the purchase of Paya, a payment services group with an enterprise value of $1.3 billion.

An $840 million deal with MetroMile in November saw a SPAC taking a view on a revolutionary tech-driven pay-per-mile car insurer.

In December 2020 the Cohens raised $250 million for investment bank Perella Weinberg Partners through a $975 million merger. In an interview, Daniel Cohen said he expected the bank to take advantage of the next investment cycle, likely to favour bids, deals and restructurings.

In February brought a $3.3 billion merger with payments company called Payoneer skilled in overseas money transfers, whose clients include Airbnb and Amazon.

But eToro is the biggest and gutsiest deal the Cohens have tackled to date. Founded in Israel in 2007, eToro offers commission-free trading like Robinhood, while taking advantage of the price spread between buyers and sellers.

Etoro facilitates bitcoin transactions, seeing itself as a social trading network, where investors can compare and contrast their ideas, as well as their bets.  Its merger value is $10.4 billion and eToro is raising $650 million

Betsy Cohen’s understated style is appealing. She also has links with the US establishment at the Metropolitan Opera, Brookings Institution and Jewish Theological Seminary.

Daniel adds drive plus further technical expertise. It is striking that her team pulled off the Weinberg Perella deal where others had failed.

Edward and Jonathan Cohen have also delivered success for the family. As Daniel Cohen said, in a 2014 interview with the Philadelphia Inquirer: “We’re not a family business. We’re a family that’s in business together.” 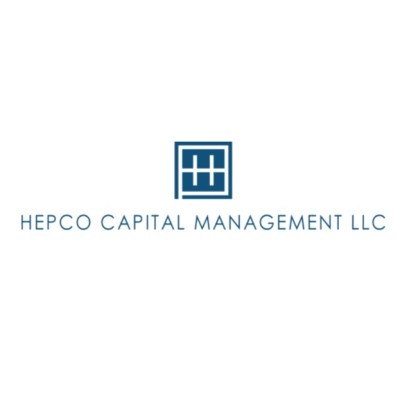 Crippled by the 2008 credit crisis and rescued by its Middle East clients, Barclays, the UK banking group, has reinvented itself
Michael Foster
Business