Families which cultivate wine – whether they be the Rothschilds or Napa Valley newcomers – are braced for the temperature extremes set to come with climate change.

The immediate future is hard to predict but the slow pace of cultivation means they must make their plans soon.

So far, not so bad

Data for Beaune compiled by Thomas Labbé of the University of Leipzig in 2019 shows that grapes in Burgundy are being picked 13 days earlier than the previous six centuries. Further South, harvests are happening three weeks earlier, says Kevin Parker, owner of Chateau Maris.

The trend continued in 2020 and the Champagne harvest of mid-August became the earliest on record following a warm spring and February temperatures similar to summer.

The year 2020 was a “remarkable advance” in production, according to the French agricultural ministry, leading to a 6% rise in the wine harvest.

The climate extremes which brought this April’s frosts are less damaging than feared. Parts of California have also experienced a glut, heading into 2021. According to Steve Borba of wine insurer Zurich: “Growers are planting in areas that wouldn’t have been considered thirty years ago.” The 2021 Argentine crop is “extraordinary”, according to harvesters.

The heat is on

Growers in southern parts of France and Spain are nervous of another hot summer, where vines get scorched and grapes change their flavour and structure. Analysts say a glass of Burgundy will end up tasting more like a Bordeaux in the near future.

Grapes that survive the heat process their sugar quickly and raise their alcohol content. Analysis of tree rings by Cambridge University has shown that summer droughts that can produce these conditions have become more severe than at any period over the last 2,100 years.

Grapes are more at risk than most agricultural crops because they are sensitive to temperatures, preferring a growing season which averages 12 to 22 degrees Centigrade.

Saskia de Rothschild is head of Chateau Lafite Rothschild, renowned for its wine estate in Bordeaux, plus other family vineyards. She recently said her family had enjoyed a good run: “But that doesn’t mean we are not extraordinarily wary.”  She said Merlot was showing sensitivity to heat, and other estates tend to agree.

The family has been seeking to grow more Cabernet Franc and Cabernet Sauvignon grapes to preserve the balance.

Research co-authored by Columbia University says two degrees of warming would be sufficient to cut land under cultivation by 56% while four degrees would hit 85%.

The year 2020 reinforced the forecast with massive fires in Napa Valley, California. Enriquez Estate Winery was forced to deal with several fires which broke out near its Russian River Valley. This led to smoke taint appearing in its grapes, which needed to be treated. Cecilia Enriquez is also ready with precautions against power outages and evacuations: “It becomes part of your normal everyday life.”

Parts of Australia also suffered extreme heat and wildfires in 2019 and 2020, although this year is relatively benign. In bad years, producers have been forced to repackage their premium wine as a cheaper brand because of smoke taint, according to Zurich.

But winegrowers, like farmers, learn to live with the elements. Brown Brothers of Victoria, now in its fourth generation of family ownership, has no plans to relocate although it hedged its bets via a Tasman purchase in 2010.

In 2019, it co-founded International Wineries for Climate. It formed the IWC with Spain’s Familia Torres, led by Miguel Torres,  to halve emissions by 2030 and achieve net-zero by 2050, in line with United Nations proposals.

Kevin Parker and Bertie Eden have taken organic cultivation to another level with biodynamics which purifies cultivation and treats the soil. Their Chateau Maris estate of Languedoc even runs a hemp cellar which is energy self-sufficient and absorbs carbon dioxide.  Maris has B Corp status and Eden is a consultant to Invivo, a large French organic wine co-operative.

Parker viewed climate change as a megatrend back in 2004 when he was in charge of Deutsche Bank’s asset management arm. Alongside Maris, he runs Sustainable Insight Capital Management, an ESG pioneer backed by Jeff Skoll’s Capricorn Investment Group and the Kresge Foundation of Kmart fame.

Many families are preparing to change the grapes they are using. Family-owned Lakemead Estate, California are looking into hardy grapes like Touriga Nacional of Portugal. Others cite Nero d’Avola of Sicily, Vermentino of Sardinia and Fiano of Southern Italy.

According to the Columbia University study, swapping cultures could cut the loss of vineyard land by half in two degrees of warming and a third in four. But advance planning is essential.

Saskia de Rothschild has warned it takes a decade to establish new growth. Microclimates can vary hugely and may vary further if prevailing winds and rainfalls change.

Nate Walsh of Virginia’s Walsh Family Wine is taking his time: “We are looking for varieties that are not only suited for the warmer weather and more violent rains and can be approached with less passes on a tractor, less chemical input and still speak to the region.”

Walsh’s small size makes it nimble. But larger family businesses, like E&J Gallo of the US, started by Ernest and Julio Gallo in 1933, seek to benefit from a broader portfolio that diversifies their climate risk. Gallo has developed a code for sustainable winegrowers.

It has altered its mix of grapes and researched better ways to protect them from heat stress by using shade cloth, positioning vines on sun-sheltered slopes and using irrigation. It has generated associations with other businesses and invested in premium brands, most recently by acquiring Pahlmeyer Winery in 2019. More consolidation is likely as families seek support to deal with climate stress.

Some producers are seeking cooler climes. The Torres family of Spain is developing production at a new site, a thousand metres above sea level. Organic specialist Avinea of Argentina is among several businesses investing in Patagonia for the first time.

Developing warmth is also giving the United Kingdom a chance to compete, particularly the North Downs whose soil shares the chalk, clay and flint of Champagne. Sir Adrian White’s water treatment business, Biwater, bought an estate near Dorking called Denbies in 1984. His son Christopher has turned it into one of the largest vineyards in England – latterly winning an international gold award for its dessert wine.

The tech-driven solution to climate change is Endless West which has won the backing of family offices to stay safe from the weather. It starts at the molecular level to make wines and spirits, and says its whiskey needs 92% less land than traditional development and 94% less water. 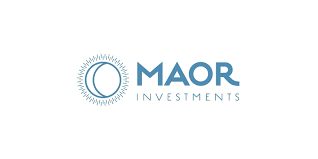 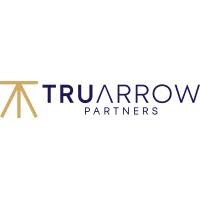 According to Mark Carney, former Governor of the Bank of England, speaking at the Cop 26 climate conference in Glasgow, financiers are gagging to invest $130 trillion to reverse climate change
Michael Foster
Premium

The post-pandemic real estate sector has revived, or so it seems. Global fund inflows hit a record $757 billion in the first nine months of 2021. But doubts remain. The pandemic may not be over
Michael Foster
Premium

Is space investing the final frontier for family offices?

For years, passive strategies have been capturing business from active managers because they are cheap to run and outperform.  Family offices often use indexed funds to save fees and invest in alternatives.
Michael Foster
Investment

In his day, the late Lord Arnold Weinstock was a colossus of postwar industrial life in the UK. His acquisitions and thrift made GEC the UK’s leading defence and electronics contractor.
Michael Foster
Investment

Robert Sears saw how boom can suddenly turn to bust when he was associate at investment bank Merrill Lynch, either side of the great financial crisis of 2008
Michael Foster
Premium

Private Equity Eldridge has invested in Accelerant, an insurance platform. Eldridge was one of five investors committing $193 million to the UK-based group
Family Capital

For years, passive strategies have been capturing business from active managers because they are cheap…
Michael Foster
Business

The Swiss banking revolution and the family offices backing change