Hydrogen – family offices back the gas, but can it make money for them?

Hydrogen is fast becoming an alternative energy source to fossil fuels, according to Goldman Sachs which sees it becoming a $12 trillion market by 2050.

It’s a “huge deal” according to Bill Gates, whose consortium of billionaires at Breakthrough Energy has invested in several hydrogen ventures this year.

To date, his attention has focused on companies that use clean energy to free the gas from water or methane.

But there is evidence that chemical processes deep underground have liberated sufficient hydrogen to make it a more viable source – if you can get to it.

In 2012, African entrepreneur Aliou Boubacar Diallo researched the potential in hydrogen mines in Mali. Stephane Lamoine and Pierre Levin, co-founders of Beam, are seeking to raise $250 million from family offices and other investors to develop global opportunities.

Hydrogen is a clean alternative to oil and coal which emit carbon dioxide as they burn, along with solar and wind energy. It readily combines with oxygen to produce energy.

The sun makes energy by fusing hydrogen atoms into helium. Ventures like Commonwealth Fusion, backed by Bill Gates, are seeking to replicate this process. Shine Medical Technologies has just raised $150 million from Koch Disruptive Technologies and Baillie Gifford to finance radioactive elements which can be used for healthcare and fusion energy.

Hydrogen is also light enough for use in air travel. ZeroAvia has just raised $21 million to fund research into aeroplanes that use hydrogen. Its backers include the UK government, Breakthrough Energy, British Airways and Li Ka Shing’s Horizons Ventures.

As Bill Gates has said, the production of hydrogen comes at a cost.  For example, you get grey hydrogen by burning methane but this produces carbon emissions. You can make green hydrogen from water through electrolysis by using clean energy, but the process is expensive.

Levin points out grey hydrogen pollutes and the second remains expensive: “The way I see it, from a technical and economic point of view, it’s a dead end.”

His research shows white hydrogen is cleaner and cheaper and continually coming towards the surface.

According to the National Science Review, three hundred million tons of water falls deep into the earth every year where it interacts with pure iron at the edge of the earth’s core.

Under pressure, this interaction produces oxygen and hydrogen. This reservoir would be beyond our reach and the gas often creates iron alloys.

But some of it rises to the surface, often getting trapped in reservoirs on the way up. Some scientists say that an eruption of oxygen from the earth’s core was behind a great oxidation event of 2.4 billion years ago, which led to life on earth.

Reservoirs have been leaking hydrogen close to the village of Bourabougu in Mali for years. Diallo’s exploration company Petroma, now Hydroma, began drilling wells in 2012 to produce electricity for local use. Diallo has also been involved in gold company Wassoul’Or and competed in presidential elections as leader of Mali’s Democratic Alliance for Peace.

But Mali is a difficult place to do business and does not have an established market in hydrogen. Beam is negotiating hydrogen deals elsewhere after using technology to identify potential reservoirs elsewhere in Africa and Brazil.

Beam is also drawing on its experience in extracting oil out of capped oil wells in Texas through the use of new technology which has been offering investors a return of 6% through a convertible loan, as reported by Family Capital last year. Investors include top UK pension schemes and family offices behind UBP, the Swiss private bank. Consultant MJ Hudson has approved the scheme’s ESG credentials.

To fund its hydrogen plan, Beam intends to offer investors a 6% return from its oil convertible, along with a share of its future profits from hydrogen via a business called Technology Enhanced Transition.

Leven says he is negotiating deals with owners of hydrogen reserves and potential buyers including fertiliser companies and users of heavy-duty trucks and barges. Family offices will need to satisfy themselves with the potential before investing.

The process will use a network of lateral pipes to extract hydrogen from its reservoirs. For transportation, it is using polymer casing and tubing to transport the gas, plus sensors, to eliminate the risk of explosions, which are always a risk in hydrogen handling, as demonstrated by the Hindenburg airship disaster of 1937.

Levin says: “Thanks to the sensors we shall be alerted way before a dangerous level of hydrogen appears.” Beam will also instal venting systems to release the gas into the atmosphere in the event of trouble: “Hydrogen needs to be handled carefully but it is no more dangerous than LNG.”

He adds: “What makes us special is that we have been thinking across the hydrogen chain from seismic and simulation to production and surface safety. I call it the Swiss knife theory. We have the range of tools that you need to optimise hydrogen production.” 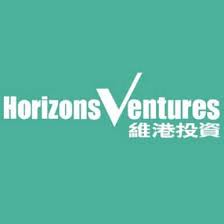 Scottish bus manufacturer Alexander Dennis was one of Souter Investments’ first deals, plucked out of administration fifteen years ago and sold to NFI Group of Canada for £320 million in May 2019.
Michael Foster
Premium

Why family offices will continue to plough money into private markets

Listed tech giants like Netflix are starting to yearn for the quiet life preferred by family office investors as their shares, once so buoyant, get trashed by investors fearful of interest rate hikes and…
Michael Foster
Investment