Billionaire Thor Björgólfsson is relentless. After thrills and spills in brewing, banking, telecoms and pharmaceuticals he is backing moves to digitise US housing finance.

He will use Aurora Acquisition Corporation, a listed SPAC which he chairs, to merge with financial adviser Better, to create a business worth $7.7 billion at inception.

Björgólfsson is happy to take his share of the blame for Iceland’s crisis. To answer his critics, he wrote a book, Billions to Bust and Back

Better offers home inspection, mortgage appraisals, title and insurance on a single platform, served by an algorithm called Tinman. It says customers can lock in competitive interest rates in 15 seconds and close their loans in two weeks. Its team is closing an average of 16.2 loans a month, against an industry average of 7.1.

In an interview published by Aurora chief executive Vishal Garg says: “Every American consumer wants one place to go for their home rather than the 15 places they go to today. I think there’s a race to make that happen. That’s what’s made Walmart a great company.”

SoftBank is providing interim PIPE finance of $1.5 billion. Aurora is also helping out, as is venture capital firm Activant Capital, led by Steven Sarracino, which bills itself as a firm that likes to help relentless entrepreneurs.

Garg makes no apology for pushing his team hard to grow market share. He views a rise from less than 1% to 18% as consumers switch their business as more than doable.

The US home finance market is currently worth $3 trillion a year. Garg is confident: “We’re not going to deliver steady growth, we’re going to deliver explosive growth. It is quite possible that modest inflation will provide a further boost to the housing market although Garg concedes market volatility could be an issue.

The Better deal marks a relatively rare foray into the US by Björgólfsson, who has tended to operate in emerging markets, as well as Iceland. In his early career, he built up a brewing business in Russia called Bravo, sold to Heineken in 2002. He bought, and sold a Bulgarian telecom business and went on to invest in the sector in Poland, Chile, Turkey and Colombia.

Björgólfsson created his own investment business, Novator, in 2004. He also developed a pharmaceutical company called Actavis and leveraged it during the credit boom to pull off a buyout backed by Deutsche Bank. The business was then worth $7.3 billion.

Quality control issues led to problems at Actavis, exacerbated by the 2008 financial crisis. Sheer determination kept Björgólfsson in control as Deutsche demanded a different solution. Over time the business recovered and merged with Watson Pharmaceuticals. It acquired Allergan, best known as a maker of Botox, through a $66 billion bid. The enlarged firm was bought in 2019 by AbbVie, whose current market value is $206 billion. Novator exited the business in 2016.

Another Björgólfsson acquisition was the biggest stake in Landsbanki, Iceland’s second-largest bank, acquired through a government privatisation in 2002. In later years, Landsbanki dramatically expanded its loan book – like every other Iceland financial institution – taking advantage of stimulus provided by its central bank.

Björgólfsson became Iceland’s first billionaire in 2005. By 2007 his worth was close to $4 billion.  One year, during the credit boom, his deals generated a stunning $1.3 billion.

When the crisis hit Iceland, Björgólfsson had to deal with personal guarantees totalling £350 million, plus debt and problems at Actavis. He negotiated a settlement with Landsbanki creditors, after it was taken over by the authorities.

Björgólfsson is happy to take his share of the blame for Iceland’s crisis. To answer his critics, he wrote a book, Billions to Bust and Back, which describes how the market slump reduced his paper fortune to $40 million – one percent of his 2007 wealth.

He saw his way through the storm by endless negotiations with third-parties: “I believe that to succeed you have to be an optimist, and then you build everything from that.”

Over time, US banks returned to do business with Björgólfsson, whose book recalls the day when Jamie Dimon, head of JP Morgan, phoned him personally to offer help with a $1 billion bond issue for his Polish telecom company.

Novator became a serial investor in tech-driven ventures like Stripe, Deliveroo, Cazoo and Monzo. Björgólfsson’s taste remains eclectic via investments in AI, computer games, motorbikes and cloud computing. It invests in e-commerce platforms for used luxury handbags and fresh flowers. It has invested extensively in Icelandic ventures. Concerned about the environment, he invests in David de Rothschild’s sustainable lifestyle brand, The Lost Explorer.

His deal with Better is expected to close in the fourth quarter. Aurora’s share is off its high of $10.50 in April, but holding up well at $9.95 compared to other SPACs.  Björgólfsson’s investment chief Prabhu Narasimhan will be joining the merged company’s board. And Björgólfsson’s love of deals has lifted his estimated net worth back to $2.2 billion. Only just over half his 2007 wealth, but not bad going, in the circumstances. 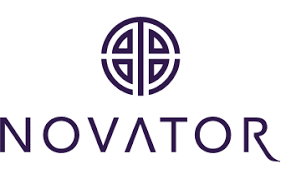 “I’m third generation,” says Thor Furuholmen, with a rueful smile. “You know, the generation that throws it away.” No chance. His fami
Michael Foster
Business

Michael Dell is known for his computer company, but his investment empire is building him an even bigger profile