Family dynasties manage their wealth in centuries, not generations

According to a 19th Century English proverb, families go from clogs to clogs in three generations, as they escape from poverty for a while, only to end up destitute down the road. Americans say they go from shirtsleeves to shirtsleeves. The Japanese say the third generation “ruins the house”.

All this may be true for the mass affluent, making their first move up the ladder. But it has little relevance for families who have established their position in society.  Historical records show they measure their wealth in centuries, not generations.

Levels of wealth which have been accumulated since the war are astonishing. Around $36 trillion is set to be inherited in the US over the next thirty years, according to data provider United Income

According to research into the tax records of Florence by Guglielmo Barone and Sauro Mocetti for the Bank of Italy, a significant proportion of the families who were wealthy in 1427 remain so 600 years later. Three of its top four families in the early years are in today’s top 10%, bouncing back from periodic wars and inflation.  According to their report, there was a particularly large contribution from inheritance and membership of respected professions.

Research by Gregory Clark from the University of California shows that members of the Swedish nobility in the 17th Century are equally likely to belong to the financial elite in the present day.  The wealthy in Sweden have not suffered the upheavals endured in Florence, but they needed to deal with a far tougher tax system.

French economist Thomas Piketty is renowned for his criticism of inequality.  Part of his viewpoint results from research that suggests that inherited wealth all-pervasive represented a quarter of national income between 1820 and 1910. This fell to 5% in the war following capital flight. But he says it is now on target to return to 20-25% no later than 2050: “Contrary to a widely spread view, modern economic growth did not kill inheritance.”

Raj Chetty of Harvard University has carried out research that shows there is a strong relationship between the incomes of US parents and the pay their children can expect. The chances of moving up the social scale vary between different regions with the Deep South and Midwest showing greater rigidity.

Chetty also proves a link between wealth and innovation with inventors more likely to come from wealthy families who benefit from better education and less stress.

Levels of wealth which have been accumulated since the war are astonishing. Around $36 trillion is set to be inherited in the US over the next thirty years, according to data provider United Income. Listed companies do not last nearly so long.

Many of the people who became wealthy in the 19th Century gilded age, such as the Rockefeller and Phipps families continue to prosper. An exception was the Carnegie family when Andrew Carnegie chose to expunge his reputation as a robber baron by putting his wealth into philanthropy. “He who dies rich, dies disgraced.” he wrote.

Cornelius Vanderbilt is an exception who proved the rule. He left most of his gilded fortune, equivalent to today’s $2.1 billion, to his eldest son, whose family threw it away on lawsuits, mansions and forlorn attempts to win the approval of their peers. Contemporaries say Vanderbilt failed to educate his children to come to terms with their wealth. So they destroyed it.

In 2002, Roy Williams of The Williams Group carried out a survey of 3,250 examples of wealth transfers and found that 70% of families lost their fortune by the second generation, and 90% by the third.  The figures are often quoted in a support of the clogs-to-clogs argument by advisers keen to earn fees by saving wealthy families from themselves.

But Williams stressed that his data only covered heirs unprepared to inherit wealth. Those who make the right moves can preserve their wealth for generations to come. Williams stressed the importance of trust, communications and preparation. Over time, this process becomes better understood, helping wealth to be discreetly passed from generation to generation. Education and international estate planning help the process along with access to a social network, political influence and long-term investing.

You are still going to get problems from generations who spend too much and save too little. But there are fewer of those than you might think. 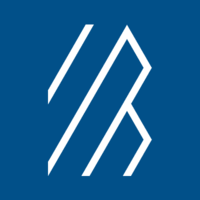 The debate on wealth is intensifying – family offices should take note

Nearly a hundred years ago, on 11 August 1919, Andrew Carnegie passed away, renowned as a wealthy industrialist, but later remembered for his remark: “The man who dies rich, dies disgraced.”
Michael Foster
Business

Sustaining the family legacy across generations

Given the complexities and uncertainties of today’s world, it is vital that business owners remain not just one step ahead, but two or three steps ahead, and effectively plan for all eventualities.
Phryni Yiakoumetti

The God complex, the venture downturn, and where this leaves family offices

Investors are suffering as interest rate rises reduce funding for tech-driven ventures. Their shares are changing hands on the secondary market at nearly half their 2021 valuations
Michael Foster
Premium

A family office backs next Bugatti

Family office sets up fund for the reconstruction of postwar Ukraine

One of Australia’s wealthiest individuals is using his family office to back a fund to help reconstruct postwar Ukraine and is committing $500 million of his own money to seed the fund.
Family Capital
Investment

Post-IPO Funding Färna Invest has invested in HANZA, a manufacturing group. Farna was one of three investors committing SEK147 million to the Swedish group.
Family Capital

The term family office is confusing and needs to be better defined, says Christina Wing, who teaches…
Family Capital
Business

A hedge fund supremo has some advice for family offices

The God complex, the venture downturn, and where this leaves family offices

A UK family office sees a big rise in profits