Profile: Old aristocratic dynasty with one of the most innovative agritech portfolios

Wheatsheaf Group, owned by the Duke of Westminster, is not short of ambition. It wants to reshape the global food system, to benefit health and the environment by putting technology to work.

It thinks it has answers to climate change. And Graham Ramsbottom, chief executive, says the time is fast approaching for his business to scale up.

We saw the importance of coming to terms with externalities relating to the environment, climate and human health. We invested in businesses which would be part of a solution

To achieve this, he wants to work with other family offices, believing their investment time scale can be a better match with time-consuming agricultural innovation than venture capital

He cites Ostara, a Wheatsheaf venture which uses technology to pull phosphorus out of wastewater and turn it into plant-based fertiliser: “It was quite capital intensive and many of our co-investors had time limits on their funds. We got to the point that a lot of them wanted to exit, so we took on the whole company.

“At Wheatsheaf, we are a private company within the Grosvenor Estate. We’re not answerable to limited partners. We like working with people who offer a different perspective and can be strategic in their understanding of sectors. It’s not just about raising capital; it’s about working with aligned investors.

“We want to have – we are having – conversations with families over the next six to twelve months. We want to talk about a model where we can work together. A key part of all this is to have impact at scale, get behind companies and drive them forward.” Teamwork between investors both leverages an opportunity and shares the burden if opportunities go wrong. And no doubt Wheatsheaf chairman Alex Scott, former head of Sandaire, the multi-family office, can come up with some names.

The Grosvenor Estate, owned by the Duke of Westminster, can track its ancestry back nearly 1000 years. The farming estate at Eaton, Cheshire, where Wheatsheaf is based, has been in its hands for nearly 650 of them. According to Ramsbottom: “The old duke once told me that his family had moved house four times in all that time and moved about 100 yards.”

Things are moving more quickly at Wheatsheaf, as its AgTech initiative steps up a gear. Ramsbottom welcomes the UK government-sponsored National Food Strategy Report by Henry Dimbleby which applauds the way enough farmers can feed 7.8 billion people but expresses deep concern over the way mass production has reduced the quality of food and damaged the environment. Additives, such as sugar and salt, make food tastier but undermine human health.

Ramsbottom says technology can redress the balance. “When we started up in 2012, there were food riots, leading to the Arab Spring.  We had a sector, largely untouched by technology.  We saw the importance of coming to terms with externalities relating to the environment, climate and human health. We invested in businesses which would be part of a solution.”  Its North American business plays an important role, under the leadership of executive directors Monty Bayer, previously at Dow Agrosciences, and Stephan Dolezalek, a private equity investor since 1999.

Wheatsheaf backs Vytelle which records millions of data points on the way cattle move, eat, put on weight and produce milk, incorporating techniques used in human life sciences: “Vytelle has one of the largest databases for cattle across North America, We have found some animals are incredibly efficient, and some are incredibly inefficient. One cow might produce 9,000 litres of milk a year. Another might produce 16,000. But you also need to see whether the low producer is actually more efficient in digesting food.”

Once you determine the outcome, you can adjust IVF breeding programmes to achieve better outcomes. Grosvenor Estate has also been using bovine data on its Eaton estate to determine that milk yield rises dramatically, and disease drops away, when cattle are relaxed. Giving cattle time to chew the cud, rather than rushing them off to be milked, makes a bigger difference than you might expect. Ramsbottom says cattle breeding and animal welfare improvements will reduce methane emissions by more than 30%, while also boosting milk production: “If you roll out efficient models, you can have an impact at scale. And Vytelle is ahead of plan.”

Another Wheatsheaf investment, AeroFarms, specialises in multi-storey vertical farming, which could have big implications for urban farming. According to Ramsbottom: “There’s a lot of interest in building large-scale farms in places with a food security issue.” Other AeroFarms backers include the Abu Dhabi investment office and Ikea’s owner Ingka Group. It is planning to list its shares through a $1.2 billion SPAC deal.

Wheatsheaf also backed the company because of its skill in data analytics, which shows how to make crops plumper, and tastier, by changing internal lighting, nutrients, airflow and humidity. AeroFarms research is now being applied elsewhere. Its system can improve the quality of cattle fodder and crops to help them grow in patchy, or difficult, soil.

Wheatsheaf also backs Benson Hill which uses big data and machine learning to breed better plants. Like Dimbleby, Benson believes mass production has damaged the quality of food. It has been breeding plants, such as yellow peas and soya beans, to improve their quality, with less need for additives, thus boosting plant-based meat movement. It believes plants can be bred to need less water.

Ramsbottom sees a longer-term future for plant variants that can store carbon underground, providing farmers with a new role, over time.

Benson’s other backers include GV, Prelude Ventures, the family office led by Nat Simons, and Louis Dreyfus, the commodities company.

Wheatsheaf has invested in a Calgary insect protein company called Enterra where the larvae of soldier flies, local to the region, fatten up on food waste before getting turned into animal feed. Ramsbottom believes they will be used in pet food or cooking ingredients in due course but concedes the world may be ready to eat a plate of insects just yet.

Enterra now has a claim to be the largest insect farm in the world, collecting eggs to breed billions of flies a year. Its other backers include German poultry company PHW and Cibus, a fund backed by food giant ADM.

Benchmark, another venture, sets out to improve the health of salmon, shrimp, bass and bream through an understanding of nutrition, health and genetics. Its eggs, bred for resistance to disease, are widely used by salmon breeders in Norway, Iceland and the US.

The company has a junior share listing whose potential has yet to be realised, although Ramsbottom believes the message is getting through. Its other investors include Johan Andresen’s Ferd family business of Norway; JNE Partners, a boutique spun out of MSD Capital, Michael Dell’s family office, fisheries investor Kverva and Lansdowne Partners of the UK.

On a broader level, BluWrap, out to extend the shelf life of fresh food. Ozo Innovations has found a way to use water and salt to act as a disinfectant. Wheatsheaf has backed farm delivery services and a bank, Oxbury, to finance farmers, as the agricultural revolution gathers pace. 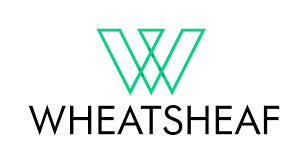 Drawing on a lineage stretching back a thousand years, the Duke of Westminster’s Grosvenor Estate takes a long-term, sustainable, view of investing and wants to co-invest with people who share the approach.
Michael Foster
Business

Gullspång Invest - a family office owned by Sweden’s Brandberg family – is out to deliver a paradigm shift for key sectors, led by food and energy.
Michael Foster
Business

These days, commercial success tends to depend on your position in the supply chain rather than your skills on the shop floor. And the stakes are rising
Michael Foster

Is space investing the final frontier for family offices?

For years, passive strategies have been capturing business from active managers because they are cheap to run and outperform.  Family offices often use indexed funds to save fees and invest in alternatives.
Michael Foster
Investment

In his day, the late Lord Arnold Weinstock was a colossus of postwar industrial life in the UK. His acquisitions and thrift made GEC the UK’s leading defence and electronics contractor.
Michael Foster
Investment

Robert Sears saw how boom can suddenly turn to bust when he was associate at investment bank Merrill Lynch, either side of the great financial crisis of 2008
Michael Foster
Premium

Private Equity Eldridge has invested in Accelerant, an insurance platform. Eldridge was one of five investors committing $193 million to the UK-based group
Family Capital

For years, passive strategies have been capturing business from active managers because they are cheap…
Michael Foster
Business

The Swiss banking revolution and the family offices backing change