The Agnelli family, an Italian family office, and the latest quest for clean energy – thorium

The Agnelli family has given its blessing to a ground-breaking Anglo-Italian nuclear power venture led by Italian physicist turned entrepreneur Stefano Buono.

The Agnellis, through Exor Seeds, backed the business, Newcleo, as part of a $118 million seed financing, the largest in the third quarter, according to CB Insights, ahead of a rash of Chinese startups.

Its other backers included Club degli Investitori, representing top Italian angel investors, and LIFTT, backed by several family offices. LIFFT is chaired by Buono and supported by the Links Foundation.

Family offices tend to be backers of nuclear solutions, knowing that success would lead to spectacular returns, while also helping the environment

Newcleo is headquartered in London but its commercial centre is Turin, where it plans to retain a team of a hundred professionals.

Prior to Newcleo, Buono developed Advanced Accelerator Applications, a biotech business sold to Novartis in 2018 for $3.9 billion. Buono owned 11% of AAA and its sale helped to fund Buono’s family office Elysia Capital, an investor in Newcleo.

Elysia backs an intriguing mix of social projects and innovation. It invests in D-Orbit, a space company. It backs GenomSys, planning to provide personal medical treatments via mobile phone through genetic sequencing. It puts money into the affordable housing sector, where Buono chairs Planet Smart City. It has a film production credit for Fatima and a video production platform called MyVisto.

The link between AAA and Newcleo is nuclear physics which Buono used to study at European research institutes including Cern.

In starting AAA in 2002, Buono applied Cern’s work in nuclear medicine which administer small doses of radiation to beat cancer. Assisted by his understanding of the sector, Buono made several successful acquisitions. One of them led to the development of blockbuster drug Lutathera, which first attracted the attention of Novartis.

While at Cern, Buono teamed up with Carlo Rubbia, a Nobel laureate, who developed the idea of using lead to cool fission reactors, rather than water.

Newcleo will use proton-linked accelerator-driven systems to stabilise reactions. For fuel, it will use thorium, potentially a safer, more available fuel than uranium.

The package, taken together, almost eliminates nuclear waste and does not produce carbon emissions.

The Chinese are currently constructing a power station using thorium, with a salt coolant, in the Gobi desert.  A vociferous minority say fission energy, using thorium is a cheaper way to produce secure energy than fusion.

The $118 million just raised by Newcleo has facilitated its purchase of Hydromine Nuclear Energy, a US power station contractor which has researched the use of lead in cooling.

Newcleo plans to develop a micro-reactor for use in sectors such as shipping. Interest in smaller reactors projects – dubbed LFR-TL-X by the Atomic Energy Agency – is growing. Larger prototypes are also planned by Newcleo.

In a statement, Buono said: “We intend to develop a new sustainable and safe way of extracting energy from nuclei that will offer the planet zero emissions and radical reductions in nuclear waste.”

Family offices tend to be backers of nuclear solutions, knowing that success would lead to spectacular returns, while also helping the environment.

Family Capital last reviewed the sector in April 2021.  Since then, Commonwealth Fusion, backed by Bill Gates, has found success in testing superconducting magnets needed for its nuclear fusion. General Fusion of Canada, backed by Jeff Bezos, has confirmed it will build a prototype plant in the UK.

Tae Technologies and Helion Energy, each backed by family offices and emerging VC managers, are progressing the construction of prototypes.

A relative newcomer, Zap Energy, has raised $27 million from a string of emerging managers including Lowercarbon, led by Chris Sacca, ex-Google, and Addition, backed by Lee Fixel who previously ran Tiger Global private equity. It wants to stabilise reactions using plasma, rather than magnetic fields. 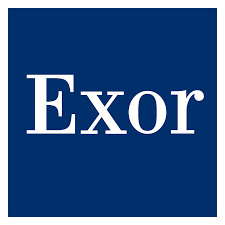 Alan Schwartz, co-head of Trawalla Group, one of Australia’s larger family offices, has warned impact investing will not save the planet unless corporate profits are adjusted to take account of environmental c…
Michael Foster
Investment

The wealthy have become increasingly keen to develop a social purpose, as well as resources to look after future generations.  The process often takes years to discuss.
Michael Foster
Investment

The cloud-based software revolution is the next big investment boom, says family office

The landed gentry has invested in real estate for centuries, believing it will always bounce back from…
Michael Foster