According to Mark Carney, former Governor of the Bank of England, speaking at the Cop 26 climate conference in Glasgow, financiers are gagging to invest $130 trillion to reverse climate change.

Whether this money will ever be spent is another matter.  Hard reality has a habit of catching up with pledges, particularly when bull markets curdle. Governments should be careful what they wish for.

In the years ahead, however, markets are increasingly likely to price in the damage from dangerous climate change. The opportunities arising from sustainable investing will increase, and vice versa.

Family businesses and offices are in a good position to benefit because they invest for the long term, unlike corporations and investors who are hooked into the quarterly reporting cycle. Family offices are better used to making decisions that make a difference because they make an impact. They have also learned not to waste time on ESG benchmarks which often lack credibility.

Family Capital believes some individuals and their investment groups will make more impact than others. These are Family Capital Climate Change Influencers.

Perhaps an unlikely environmentalist given his hard-nosed reputation as a tough hedge fund manager, but Bacon makes the cut for numerous cleantech investments and his widespread conservation efforts. Bacon’s investment office, Moore Strategic Ventures, was an early investor in Commonwealth Fusion, arguably the most advanced of all the efforts to commercialize fusion energy. Moore has also backed a number of eclectic vehicle ventures, most notably Fisker. Bacon has also pursued conservation efforts through his philanthropic projects.

You can see how NextGen will lead the sustainability debate through the achievements of Gullspång Invest – a Swedish family office founded by Christer Brandberg and now led by his sons Magnus, Gustaf and Erik.  They have worked together to develop opportunities in alternative food, such as Oatly, and clean energy opportunities including Baseload Capital, a geothermal project now backed by Breakthrough Energy. See separate profile here.

Ferguson has led the creation of an investment process at Generation Investment Management, often perceived as the most sustainable – and successful –ever seen. Its funds are popular with family offices. A Lombard Odier global fund managed by Generation has returned 294% between inception in 2007 and June 2021, or double the MSCI World index.

Ferguson is the son of former Manchester United manager Sir Alex Ferguson. The entire family is involved in a business called ACF Sports Promotions.  Mark Ferguson is co-chief investment officer of Generation with Mark Nogales. In 2021, its founding partners Al Gore and David Blood launched a new fund called Just Climate, whose name speaks for itself.

She is chair of the EL Rothschild family office whose new chief executive is ex-Merrill Lynch banker Stefan Humphries. She retains links with not-for-profit organisations through her Coalition for Inclusive Capitalism, which even encompasses The Vatican.

The Spring Fund has been developed with Jeff Ubben following his exit from ValueAct, a successful, and extremely patient, activist firm.

Bill Gates, founder of Microsoft, has bullied billionaires across the world to put VC funds worth $2 billion into Breakthrough Energy as part of a bid to save energy and end dependency on fossil fuel. It has invested in fusion energy, electric aviation, energy storage and so on. Gates has also been a personal fan of meatless meat for years.

Gates is, at heart, optimistic that technology will sort out climate change. His Bill & Melinda Gates Foundation remit includes dealing with the impact of famine on emerging markets including population displacement and disease.

Isenberg has used her family office, Ceniarth, to build an impressive cleantech portfolio, which is very rooted in her commitment to a sustainable future. Last year, Ceniarth invested in Jaza, a Canadian renewable energy company.  Other notable investments have included Tanzania-based Off-Grid Electric group and UK-based Bboxx Solar.

Through grit and determination, Elon Musk has turned Tesla’s into the world’s leading electric car manufacturer, with an enormous share of its market. Fleet buyers like Hertz are moving in its direction. It is a top US supplier of domestic solar power and global provider of battery systems.

Over ten years, Tesla’s share price has risen from $3.99 to $1,176, producing a market value of $1.2 trillion.  Musk has shown that you can make money from green industries without being green. He has confounded the vast majority of active managers who underweighted the opportunity of their lifetimes.

Like Elon Musk, engineer Mike Polsky tackles wind turbines and solar projects because they are profitable, not necessarily because they are green. To achieve diversity Skydeck family office mainly invests outside the ESG sector. Invenergy Renewables has become a US leader in wind, with more than 7,000 turbines. It is developing the largest US solar farm in Texas, offshore wind projects in Scotland and energy projects in Uruguay.

The Danish billionaire and his family office Heartland are committed to rewilding 220,000 acres of land in Scotland through Wildland. In 2021, Wildland said it lost $5.7 million the previous year but this is not material to a billionaire who has become the spiritual leader of attempts to combat climate change by returning land to nature.

In a busy 2021 Povlsen’s Danish online retailer Bestseller made record profits, distributing bumper bonuses to its workforce. He retained influence over Germany’s Zalando and the UK’s Asos which bought the TopShop brand in 2021.

Powell Jobs has created one of the most socially and environmentally focused investment offices anywhere, Emerson Collective. The San Francisco-based group has invested in numerous environmental and cleantech initiatives, including most recently the Saildrone, which is developing oceangoing autonomous surface vehicles with low or no carbon emissions. Other recent investments include Redwood Materials, which is a battery recycling startup that makes electric vehicles and sustainable materials for circular supply chains.

Alan Schwartz of Australia, founder of lobby group Universal Commons, a backer of “mutualistic capitalism” has raised his profile over the last year by calling for corporate profits to be adjusted for the damage done to the environment. He says impact investors are being held back by their inability to account for environmental gains. Trawalla Group, the family office he runs with his wife Carol, is a keen supporter of diversity and fairness.

One of Asia’s wealthiest individuals and greatest entrepreneurs has lately come to the need to do more for the environment, and he is doing this through his innovative ventures group, Horizons Ventures. Horizons has invested in numerous cleantech ventures, including last June when it backed an aviation EV group called ZeroAvia. The Hong Kong-based group has also invested in Syzygy Plasmonics, which is developing sustainable chemical manufacturing.

Nat Simons is the son of Jim Simons, founder of Renaissance Technologies, the hedge fund group which often tops the performance tables. Simons and his wife Laura Baxter-Simons are founders of Prelude Ventures, orientated towards cleantech. Its 100th investment, hit in October 2021 is Persefoni whose software helps companies to analyse and reduce their carbon footprint.

The couple’s Sea Change Foundation helped fund Climate Action 100+ a $40 trillion institutional green lobby. It has promoted vehicle electrification and more efficient air conditioning. Simon is convinced that philanthropy can play a significant role in a world of confusion.

Heralding from America’s richest family, the Waltons, who own Walmart, Ben Walton isn’t short of resources to pursue his efforts to create a more sustainable future. He and his wife, Lucy Ana, have channelled their energy in this respect through their Colorado-based investment group, Zoma Capital. Notable investments include a C$200 million for cleantech investment company Amp Group.

Since selling the family business Wirtgen Group to John Deer in 2017, brothers Stefan and Jürgen have used their family office Wirtgen Invest to become one of the biggest investors in wind farms and solar energy plants across Europe and in Australia. They are on a mission to create one of the most sustainable investment-led groups in the world with a family business committed to the long term. 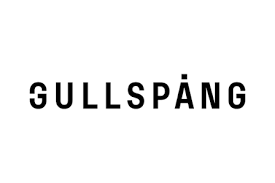 Hydrogen – family offices back the gas, but can it make money for them?

Hydrogen is fast becoming an alternative energy source to fossil fuels, according to Goldman Sachs which sees it becoming a $12 trillion market by 2050
Michael Foster

Unprepossessing in appearance, fungi have taken a billion years for their potential to be recognised by family offices backing their use in alternative medicines, food, fabrics and building materials
Michael Foster
Investment

The post-pandemic real estate sector has revived, or so it seems. Global fund inflows hit a record $757 billion in the first nine months of 2021. But doubts remain. The pandemic may not be over
Michael Foster

Aliko Dangote is a man of few words and plenty of money. With a net worth of $12
Chipo Muwowo
People

Family Capital has for some time believed innovations driven by entrepreneurs, many of them very rich,…
David Bain
Investment