Two brothers from Norway, the growing bull market in escapism, and family offices

Two brothers from Norway have raised money from a breathtaking range of wealthy and media-savvy investors to tap the world’s growing bull market in escapism.

PortalOne has raised $60 million to mash up computer gaming, video streaming and the metaverse and enthrall a mass audience of TV addicts and Generation Z dreamers.

Gaming and streaming revenues will be relatively resilient during a recession, because they offer cheap ways for people to escape hard times

PortalOne’s Stig Olav Kasin was a TV producer who worked on The Voice and Who Wants to be a Millionaire. His brother Bård Anders Kasin is former Warner Brothers technical director whose credits include Matrix Revolutions and Catwoman.

PortalOne is set to launch in the first half of 2022. Drawing on the ideas of US-listed Roblox Group, it will offer self-styled hybrid games, where guests will play fantasy games in virtual reality, as well as via traditional game show formats. Viewers will win prizes, through luck or skill by using their mobiles or by being immersed in their own virtual reality through headsets. Sponsors will have the chance to create games by using PortalOne’s arcade format.

Sales of video streaming and gaming leapt in 2020 and 2021 as people hid from the pandemic. Gaming is now a bigger business than US sport and film entertainment. Its development will speed up further as providers use the cloud for their games. It is also likely that gaming and streaming revenues will be relatively resilient during a recession, because they offer cheap ways for people to escape hard times.

An economic crisis in Turkey has led to inflation of 21% but  Istanbul developer Dream Games raised $255 million in January, well ahead of expectations, to take its notional value from $1 billion to $2.75 billion in six months. Another Turkish gamer, Spyke, raised seed capital of $55 million from Griffin Gaming Partners the same month.

PortalOne has spread its own favours among a broad range of investors. The big beasts include Temasek of Singapore, Tiger Global and Coatue, whose partner Arielle Zuckerberg – sister to Meta Platforms’ Mark Zuckerberg – led the deal.

Animoca Brands is another big investor in PortalOne. Atari Games is backer to both. Led by Yat Sui of Taiwan, Animoca is advancing plans to develop a metaverse open to all comers. It is big in gaming and blockchain, which it has used to develop Non-Fungible Tokens.

It failed to get an Australian share listing in March 2020, but went on to raise large sums in the VC market, to create a $5 billion notional value following $360 million round in January backed by the likes of Liberty City Ventures, Sequoia China, Soros Fund Management and Winklevoss Capital.

Family offices backing PortalOne include Connect Ventures, run by the Subramanian family of India who like health and sustainable opportunities. Their philosophy involves “converging every potential possibility into a flow of kinetic reality,” which fits with PortalOne.

Access Industries is owned by wealthy UK-based businessman Len Blavatnik, born in Ukraine. His media associate, Danny Cohen, is a former BBC executive. Cohen is a fan: “PortalOne brings together live video with immersive gameplay in a way I have never seen before.”

Angel investors are led by Rishi Garg of VC firm Mayfield who has surfed tech developments over the years by advising MTV Networks to Google to Twitter to Square and beyond. Kevin Lin is chief operation officer of Twitch, the global video platform. Lawyer Julius Genachowski of private equity firm Carlyle used to be chairman of the FCC, the US regulatory agency. Matt Cohler of Benchmark VC has advised Facebook, Linkedin and Snapchat.

The VC firms backing PortalOne are nicely networked. SNÖ Ventures is at the heart of the Norwegian VC scene and backer to blockchain specialist Sky Mavis, whose co-founder Aleksander Larsern has also invested.

Founders Fund is backed by Palantir’s Peter Thiel who also invests in an SNÖ fund; London-based Talis Capital invests on behalf of entrepreneurs; Rogue Venture Partners is led by Tom Sperry, a founder of Microsoft’s games division. Microsoft has built on this early start, to spend $67 billion on Activism Blizzard, capable of taking it to the metaverse.

Investor Socii Capital brings an investment banking twist to the party. It is led by ex-investment bankers Yuan Chen (previously at JP Morgan and Atomico) and Leigh Fogelman (ex-Hannam & Co). 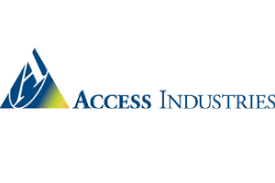 Sustainability is all the rage, but some family offices are backing a bull market in fossil fuels and winning

For years, the woke generation has questioned the wisdom of families seeking to invest in fossil fuels in defiance of attempts to ease the climate crisis
Michael Foster
Investment

“The last decade has been a supercycle for private banks and asset managers, but the bull market is c…
Michael Foster
People

More than two years after Covid lockdown, most family offices are used to dispersed, or hybrid, working
Michael Foster
Investment

Analytics users, all links will be updated within 24 hours Post-IPO Funding
Chipo Muwowo